Most of the web hosting companies offers much functionality that doesn’t really matter if you are a buyer. The reason, it won’t really matter because you will never use such application or it is very common to have such application which is supported by almost every web hosting company (such as Word Press). Which is why it is always advisable to not to pay attention to most of the features listed in the marketing material when you are going for a web hosting plan.

However, the software matters really well are the web hosting platform which should be of your concern.

In order to install your applications, you will require a solid platform which will work as a base that is an Operating System as well as a Web Sever which will go well with the applications you are planning on to using. Let’s explore about both the operating system as well as the web server in details below.

What is Web Server?

Below is the list of all the web servers, we will be talking about all these servers in details at later stage in an other 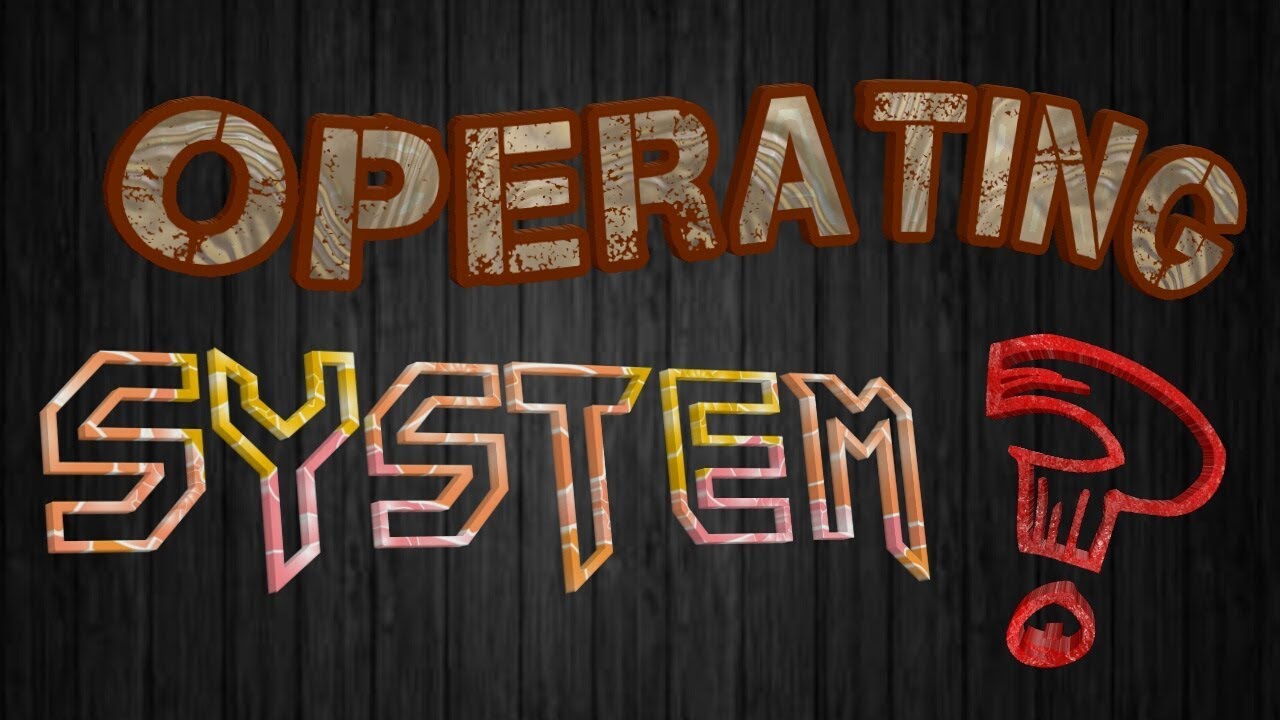 As you must be aware that operating system is the very basic and the foundation of  web hosting technologies and entire computing system. It is a piece of software that sits in on a server and provides interface between various applications and the hardware.

You might be thinking that it is important to have the same operating system as of the web hosting provider, in your local machine as well however that is not true that is should match the OS on your local computer or your desktop. It can however be helpful in being familiar but there is no necessity or any technical reason to worry about it.

The one probable reason that you will need such arrangement if you are doing new web development where in a brand new application is being developed. There you may need a local environment which is in accordance with the production environment. This may be of help however this is not essentially needed as may web developers work on Mac locally and deploy on UNIX servers.

Below are listed some of the major operating systems which are most commonly used in web technologies.

The most of the operating system installations globally are Unix-like which means they based on or are inspire by the original Unix operating-system.

These sort of operating systems go very well with web hosting technologies. The reason being rebooting is not required on a regular basis and apart from that they provide well user separation permissions and root access. Apart from this Unix and Because Unix and its originated products have been so well interlinked with the software development culture, especially on the internet, there have been numerous tools and applications for this category of OS when it is compared with related options for web development. In addition to this most of the fundamental tools have been Open Source and so are most of the operating systems within this family.

BSDs — Berkeley Software Distribution — This was a Unix-based operating system developed at UC Berkeley in the 1970s through the 1990s. Though it is not longer under development however it has but it initiated a number of other offspring projects based on it, including:

Mac OSX — The operating system on Mac laptops and desktops is based on BSD. Since It maintains authorization with the Open Group hence it is officially not just Unix-like, but a full fledged UNIX operating system. This OSX is majorly used for desktop computing, and has not been able to become popular or gained traction on servers.

OpenBSD — This is also a Unix-like operating system developed and used by a really small community which is very dedicated however highly skilled group of people. This is majorly focused on security as well as code correctness. Due to the same reason it is very attractive for web security and encryption commitments. It is regularly used for firewalls software and mail servers.

Linux — Linux is a Unix-like family of Operating Systems. Linux is based on the Linux kernal which has been developed originally by Linus Torvalds. It is based on Unix, however none of the closed code was used in development and is fully Open Source. This, along with its technical aptness, has made it extremely popular for use on server hardware and other “big metal” systems.

Linux comes available in many divisions, each one packaging the kernal with a different set of additional features and UI elements.

Windows servers are not typically used for web applications due to below mentioned reasons.

First, costing is a key factor. Most of the desktop or laptop users are willing to pay for the kind of interface of windows on their Home PCs majorly due to the reason that it allows them to use the same software at home as well which they use at their work place. Linux on the other hand is not able to provide this same experience for desktop users.

Web users, on the other hand, can have the same experience irrespective of where your website is hosted be it Windows or Linux or BSD or Max OS. Now since most widely used applications run on Linux or window so it makes sense for the website owner to go for the free option which is Linux.

The second reason is that Unix as well as Linux, was designed and built mainly for modularity, numerous users, and clock-based time sharing. These are the attributes that compels it to be an ideal operating system for web applications where your website is accessed by hundreds, thousands, and sometimes even millions of users at the same time. Having said that it does not mean Wndows Sever is not capable of handling the demands of the evolving modern web, however the Linux servers were primarily designed and built for the reason mentioned here.

Will there be quality support if I go with an Open Source OS.?

It makes sense to have this question in mind as you opting for a free service so you expect low quality support as compared to if you go for paid server (e.g. windows).

There is no doubt that you will receive a high level of support from Windows server or Red Hat with a commercial operating system, such as Windows Server or Red Hat as you have paid for the services. On the other hand, Open source software makers can’t afford to have that same level of support, as there isn’t much money left on the table after giving away the services for free.

But that does not necessarily mean that you wont get plenty of support for Open Source server. You will get full support from the large community which is very active to extend support for free or you can get it for a fee through the certified professionals available. As long as you’re using a a service which is that is still being actively developed, and isn’t a small niche product, there is a lot of support available to you.

Is Apache comparable to Litespeed Webserver?

Litespeed is a commercial webserver which means you will have to pay the fee in order to avail the full services of the product. The free version is also available however with limited features. Litespeed is a lightweight alternative to Apache which claims that it can handle twice the server traffic as on Apache.

The reason it is able to handle such amount of traffic is because it exploits the event driven approach to handling requests whereas Apache uses process oriented approach. This I why it is more scalable, and is capable of handling very high load or spikes. Since it can handle Apache Because it can handle Apache configuration files very well so it can easily be deployed to replace the existing Apache server within a matter of few minutes.

Since Litespeed is closed source so they claim to be more secured than Apache which is highly debatable/debated. On the other hand, most of the experts and most professionals approve that Apache is more secure server. Apache is a more reliable, and offers considerably more tractability. In addition to it, it offers the ability to add customized components. Since Apache is the most widely used and popular web server in the world, so the support system available is enormous.

How does Tomcat JSP compare to Apache?

Talking about alternative server options there are not many options available. One of the mostly used web server which is specifically built for Java like applications is Tomcat JSP which is built on Apache server. It is also an open source web server and servlet container which implements several Java EE specifications.

This lets a developer to install JavaServer Pages (JSP), which is similar to PHP, in that it is used to include dynamic content within HTML and XML pages however it is based on Java. If you are planning on developing a Java-based dynamic web application or website, Tomcat is a free alternative to running the entire Java applet, while still providing a pure Java environment.

The major difference between a Tomcat server and other servers is that Tomcat designed or built for a specific intention that is developing Java based dynamic content/application/websites etc.  Due to the reason most of the hosts wont specifically cater to Tomcat developers. However, on the other hand most of the hosts offer plans that support Tomcat. The only thing is it will need a little extra effort or work in order to set it up. Some of the hosts even offer it pre-installed.

How does Apache compare to IIS?

Apache is an open source web server which is free to install. IIS on the other hand is a commercial software so you will have to pay extra to use it even if it is included in the server package that you have purchased.  In addition, Apache can be run on nearly any operation system, including BSD, Linux, and Windows; whereas, IIS can only be run on Windows Servers.

Since the Apache is Open source software so the code us free to edit which makes it extremely flexible web server and it can be customized to meet any system requirements or tasks. IIS, on the other hand, is proprietary software (not free to use and hence no access to code), so you cannot adjust the underlying code in any way.

In terms of security, it is said that Apache offers great amount of security as the malicious software or viruses were written primarily for Windows so Apache is a safe web server however it is debatable as in the rapidly changing era of web apps it is also not spared by the attackers or hackers.

Having said that Apache is still a extremely secure application, and since is open source so it has a huge team of contributors who ready to tackle any security issues. IIS, on the other hand, is not open source and incorporates the fact that they have highly talented team which is highly paid, specialized programmers regularly testing its code, along with the fact that the code is also not meant to be public which makes it more secure to play with.

As far as support is concerned, since IIS is a paid service so their support without any doubt is of high level however, the Apache support community is very large, and there are plenty of commercial support options available for an additional cost.